Plantar wart on foot hurts – a feel very much like walking on a pebble, or having a pointy rock in your shoe.

Common wart on hand – an embarrassment that you search for anything to cover it from being seen by others.

Genital wart – frightening sight that shatters your pride and leaves you in dilemma on how to tell your partner.

Solution is needed not only to get rid of your warts, but also the associated psychological torture.

If medical cost and wart surgery make you hesitate to see doctors, an alternative is OTC wart removal products.

Based on a study published by U.S. National Library of Medicine, Over-The-Counter treatment with Salicylic acid were used by 57% of 723 patients before attending the GP surgery, while Salicylic acid was the most cost-effective treatment prescribed by a general practitioner.

A salicylic acid based OTC wart cream in the market is Wartrin Wart Remover.

Does Wartrin cream really help to get rid of warts, or is it just hype and scam? 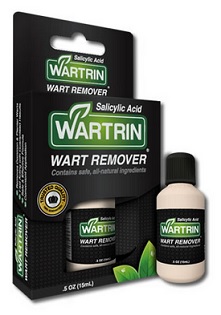 Wartrin Ingredients Reviews: How Do They Treat Warts?

To assess how does Wartrin work, let’s first comb through each of its key ingredient and component.

Salicylic acid is classified as a keratolytic, or peeling agent, and works by causing the outer layer of skin to loosen and shed. It is a common and effective treatment in dermatologic and cosmetic applications for a wide variety of skin problems.

Salicylic acid is available in varying concentrations and grades, depending on intended use. Wartrin cream’s formula uses mild 5% Salicylic acid, an ingredient that is approved by US Food and Drug Administration (FDA). No prescription required.

A research on 240 patients published by BMJ (formerly the British Medical Journal) concluded that Salicylic acid and the Cryotherapy with liquid nitrogen were equally effective for clearance of plantar warts, with the cheaper salicylic acid topical treatment is more cost-effective than the liquid nitrogen treatment.

Dr. Loretta Ciraldo, a board-certified dermatologist in Miami, shares more on using salicylic acid for warts removal at home in brief video below.

Vitamin E is a fat-soluble vitamin with antioxidant properties that is widely found in many skin care products to help protect and repair skin, and to fight the signs of aging.

Vitamin E also promotes healing process to prevent scar, as it goes beneath the surface of skin to block free radicals that are harmful to scar tissue by prohibiting healing. Diane Irons, author of “911 Beauty Secrets: an Emergency Guide to Looking Great at Every Age, Size and Budget,” explains that the antioxidant in vitamin E aids in collagen production, which gives skin its elasticity and is not present in scar tissue.

ACV, widely used for skin care, has antibacterial and antiseptic properties that are beneficial to the skin.

There has been saying that Hippocrates, the Father of Medicine, treated his patients with natural ACV in 400 BC.

Tea Tree Oil, made from the leaves of Melaleuca Alternifolia, has antifungal and antiviral properties with the ability to fight bacteria.

Australian soldiers during World War II were issued first aid kits containing tree tree oil, in which medics poured the oil directly into wounds to disinfect them and speed healing without damaging the surrounding tissues.

Wartrin is a topical cream to be applied directly on the surface of warts and affected area. For external use only.

Wartrin is safe for men and women of all ages to use, and no doctor’s prescription is required.

Each bottle of Wartrin cream comes in a squeezable 15mL (or 1/2 ounce) bottle. The bottles are easy to squeeze and contain a needle-nosed cap, making its application convenient.

Step 1: Identify the wart which is typically a hard growth on the skin surface.

How Does Wartrin Work For Warts Treatment

Step 3: The cream begins working immediately upon contact, with the active ingredient in Wartrin quickly attacks the wart. Most people will begin to see results within a few days once treatment is started, with the warts will generally turn a whitish color.

Step 4: After subsequent applications of the Wartrin cream, wart will typically turn black and continue to shrink in size. This means the product is working and your wart is almost completely removed.

Step 5: Wart will die and scab over. All the scab to fully heal.

Avoid scratching or picking at the wart during healing process, to prevent further self-infection as HPV virus may spread to another area of skin. Besides, scratching and picking a wart can open the skin surface, leading to bleeding and possibly infection.

Any Wartrin Side Effects You Need To Know?

While there is no known reported adverse effects for Wartrin users, it is widely known that all medicines have side effects, just that most people do not feel the side effects or they are able to deal with them.

Some rare salicylic acid wart remover side effects that can occur could be skin irritation, dryness and peeling of skin, skin redness, and slight burning; But these are usually very mild.

If any of these salicylic acid based wart remover side effects worsen or if you notice any symptoms of serious allergic reaction, stop using the products promptly, and seek immediate medical attention by consulting your doctor or dermatologist.

Wartrin vs Wartrol Reviews: What Are The Key Differences?

Below is the comparison of Wartrin versus Wartrol, another leading Salicylic acid based product for warts removal.

Wartrin and Wartrol are both having salicylic acid as active ingredient, but their proprietary formula use different concentrations of salicylic acid respectively.

For those who go after Wartrin reviews for genital warts removal, let’s specifically assess and review does Wartrol work on genital warts as well.

The Wartrol “Maximum Strength” OTC fast-acting liquid wart remover in the market currently is formulated to get rid of Plantar warts, Common Warts, and Flat warts according to Wartrol official website – without mentioning it is a solution for “Genital warts”.

As such, if you are looking for genital warts cream or gel solution by comparing Wartrol vs Wartrin, then Wartrol is not an appropriate choice.

When asked on when to see doctor about warts, WebMD’s answer is that many dermatologists agree it is perfectly fine to try over-the-counter wart treatments for several months, and to seek medical attention if warts do not go away or if they get worse.

Just as the above-mentioned research reports published by U.S. National Library of Medicine and the British Medical Journal, OTC Salicylic acid were used by 57% of patients before attending the GP surgery, while the cost-effective Salicylic acid was equally effective as the Cryotherapy with liquid nitrogen to treat warts.

Below are actual feedback from some users that pursued OTC wart removal solutions:

* I had two plantar warts on the bottom of my feet… and I must admit I took a bit of pleasure from watching them slowly be erased by the salicylic acid over several weeks.

* I once used a cream for warts on my hand that was not an acid or castic substance – it was expensive but I think I bought it over the counter. It was the only thing that worked, even after having the warts frozen off (they grew back). As I remember, it took a while but they went away. It was easy, painless and did not damage my skin.

* I have several small warts on my hands, and am hoping there’s an effective way to get rid of them. A few years ago I used a salicylic acid liquid for the one wart I had, which got rid of it. But now I have several more.

However, a big drawback is that there are very limited user feedback on Wartrin effectiveness online and in forum, making people sceptical that the product is indeed not working. For those who are not comfortable with this, you can go straight to check out the alternate genital wart cream here for comparison and consideration.

Anyway, below are feedback from some Wartrin wart cream users as per Wartrin official website, claiming positive genital warts results were achieved.

* I started using Wartrin about 2 weeks ago and was impressed with how quickly the warts started reacting to the cream. Within 48 hours, most of the warts had turned black, and by day 5, all of the warts were gone and new skin had begun replacing the areas where the warts had previously been located. / by Samantha P, Illinois, USA.

* I had my doubts but those were quickly gone once I started using the cream. It was almost like magic seeing them disappear from my body. They’ve been such a burden on my life that it’s hard to believe they’re actually gone. The mental relief is astounding. / by Robert G, Ohio, USA.

* I decided to order Wartrin and give it a go. That was a week ago last Wednesday. I received my order on Saturday morning, started the treatment protocol on Saturday night, and it’s now Thursday. I’m happy to report that this stuff really worked. I ordered two bottles just in case one wasn’t enough, and I still have some left over in case anything pops up in the future. What a relief. I’m in a little bit of shock right now. You have no fricking idea how long I’ve dealt with these annoying things. Hopefully it’s all in the past and I can finally move on. / by Mike A, New York, USA.

Where to Buy Wartrin – Available in Stores?

At this moment you would not find Wartrin in stores like Walmart or general drug stores, as Wartrin is only available to buy online – in which you can purchase from Wartrin official website.

You can order Wartrin from countries around the world outside of the United States and Canada — including in UK, Australia, South Africa, Singapore, and Philippines.

Free worldwide shipping on all orders over $100. Upon adding $100 or more worth of merchandise to cart, just select the free shipping option when checking out, with no coupon code required.

Wartrin guarantees the discretion and privacy of every order:

Check out this comprehensive genital warts removal review guide, or refer below alternatives with different ingredients: 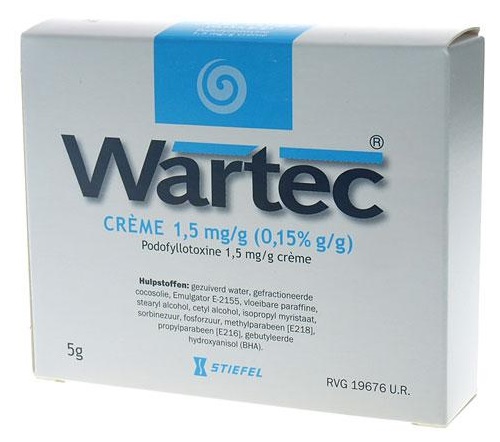 The active ingredient in Wartec cream is Podophyllotoxin, a plant extract with antiviral and antiwart properties. 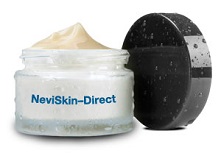 Made in the USA, Wartrin’s proprietary formula is formulated for fast and safe results, with no prescription required.

Wartrin is available to buy online, which guarantees the discretion and privacy of every order.